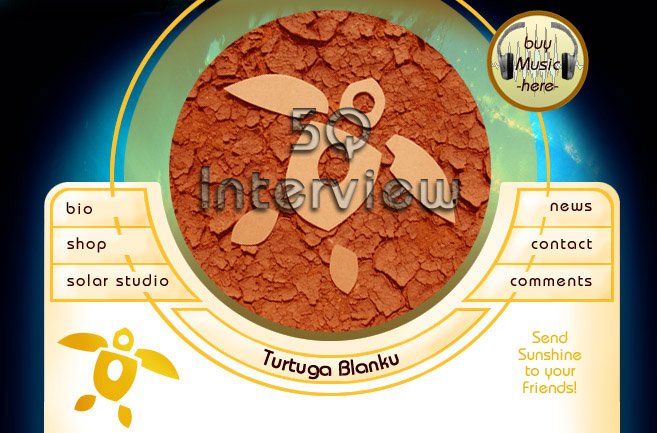 
I am promoting the use of renewable energy through this website and my music. But there are a lot of other people out there also doing something in their own special way to contribute to solving environmental problems.

I ask each interviewee only five questions.

"Listen: there's a hell of a good universe next door; let's go." The poet ee cummings wrote that, but if he really knew how to escape our planet he did not tell us. The old rock itself will be around for a very long time -- to me, "save the Earth" means save all the creatures and workings of the planet that give us life.

Short answer: Change how we get and use energy. Mostly in the 35 most industrialized, populous nations. There really isn't much question about this scientifically: we are putting a lot of gases into the atmosphere which trap heat and overload the natural air and water systems (greenhouse gases), and they are having effects already from deep ocean to highest peaks. This is measurable; creating problems for millions of us already; and so far, increasing. So we have to stop doing this, and quickly.

To begin with we waste half the energy we use, thus efficiency and conservation are the easiest and cheapest first steps. Like insulating buildings and using high-mileage vehicles and public transit. Second, most of our energy comes from burning fossil fuels like coal and gas, or wood, which are the prime sources of greenhouse gases. These fuels are really sunshine processed by plants (very old ones and recent ones respectively), so we can easily stop using much of them by using solar energy directly especially for electricity. 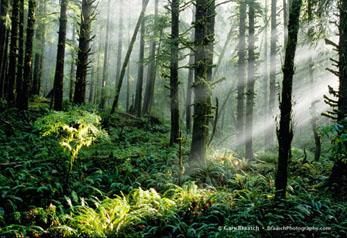 This means solar electric (pv) panels, solar hot water systems, and wind power, a direct result of solar heating of the planet. These are ready now, being installed at record paces and getting cheaper. Most urban vehicles will eventually be electric; perhaps also using fuel cells. There are many other ways to stop using energy sources that poison our atmosphere, land and oceans. And how we use the land, farm, and grow food also adds lots of greenhouse gases.

One more thing: We have already put so much greenhouse gas into the air that many ecosystems and humans are badly threatened now -- we need to protect them and help them adapt to the changes already inevitable.

3) Do you think that anyone can be -or has the personality to be- "green"?

What's your definition? Any human changes the surrounding area as they grow, survive, and reproduce. So a totally "green" life that harms or changes none of the natural world is probably not possible. But many of us today are living on much more of the planet's largesse than most humans are, with much destruction done in our names. At the same time the majority of humans who have very little are in desperation or coercion destroying their landscapes... often to serve us.

So to be green means being aware of where our food and clothing and stuff comes from, insisting that ecological and humane and egalitarian ways are used to produce it, and looking for every way to use less dirty and fossil energy. We need a lot more education and encouragement, but we all can do much better than we have been. And we will all be healthier, too.

By inspiration and righteous energy. I mean, bands and musicians should lead by example in volunteerism, energy use and travel, etc. Entertainment in general is pretty wasteful and energy intensive. But music reaches so many people on so many levels, that it is a force for social engagement and change. I don't think there are many overtly ecological songs, at least in English --- Hard Rain is Gonna Fall; This land is your land; Mercy mercy me; Big yellow Taxi (is that the title of the "tree museum" song by Joannie Mitchell?) --- ah,h,h.

Do us a service and create a cover album of the best of this kind of song, from around the world! But a lot of songs are about human suffering and aspiration, and a lot describe and celebrate nature going back to the classical era and the depths of Asia and Africa, and so much is energy music that can inspire emotionally.

Barack Obama of course, and other world leaders --- let's hear from them directly and specifically. I also recommend Bill McKibben, Barry Lopez and a man named Ken Ward at www.brightlines.org. 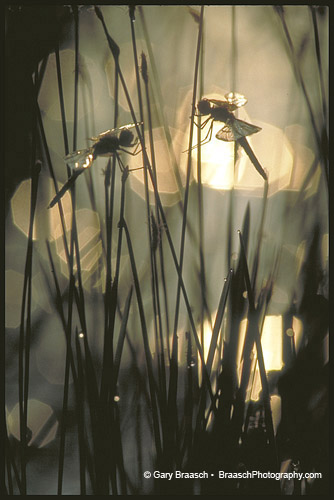